All our actions are interactions.

Beyond the digital realm of interactive design, interactions include people’s verbal and nonverbal physical interactions. As an architect, space is my interface. Whatever yours may be, I believe it is only a tool and only relevant in light of the interactions it can stimulate and the enhanced users’ experiences it can offer. I believe we cannot design interaction itself.

Instead, we need to design the context for interaction. So how can we create the spaces for interaction to emerge? The key is in designing a context that embodies the three qualities of a human context. 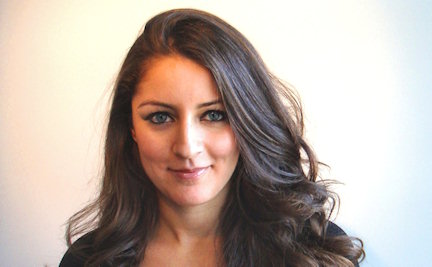 About Stephanie: Stephanie is part of a new breed of young visionary architects, who operate beyond the nowadays-restrained realm of architecture. A strong advocate of value created through cross-disciplinary interactions, Stephanie believes that the truly sustainable innovation will happen at the intersection of different fields.

Stephanie was awarded her professional degree in Architecture with high honors at the American University of Beirut, where she won numerous academic and national awards. Stephanie then joined the world renowned Office for Metropolitan Architecture (OMA) in The Netherlands where she led major projects from design to construction including the Qatar Foundation Headquarters, the Strategic Studies Center and Qatar’s National Library.

Stephanie is regularly invited to speak and lead workshops at different universities, conferences and summits around Europe and the Middle East...etc. Stephanie is also the founder and global coordinator of the Action Labs, a worldwide initiative aiming at building and sustaining local communities of entrepreneurs contributing to a prosperous, just and sustainable future. On December 1st 2012, Stephanie presented Architecting Interaction at TEDxBelfast.