Learn how to still get users into your design, even if your client has denied access to them.

In this talk, I'll explain ways in which you can still get users into your design. 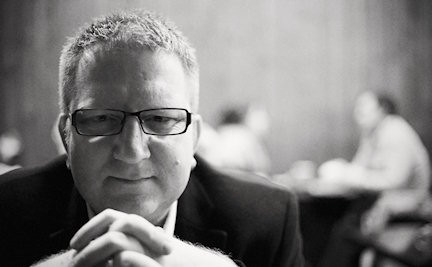 About Ian: Ian Fenn designed his first digital interface in 1988 at the University of Surrey, but it wasn’t until eight years later that his formal UX career began with work for the UK’s first digital agency, Intervid. There he contributed to the ground-breaking launch of RealVideo, the world’s first cross-platform solution for delivering real time video over the Internet.

Breakthroughs continued at the BBC a year later, where achievements included a month-long web outside broadcast from the Edinburgh Fringe Festival and creation of one of the UK’s first blogs. His personal site, the Chinese food website Chopstix, was also singled out for praise in the UK’s annual ‘Yell’ web awards.

For the past seven years Ian has worked as an independent UX consultant for everyone from startups to major corporates. Clients such as BT, Virgin Media, LexisNexis, and agencies such as M&C Saatchi and Conran Design Group have recognised his ability to consistently exceed project targets through intelligent and thoughtful interaction design.