A Model of Behavioural Design

We have been in love with UX as the prime goal of design for too long. Time to change.

In focusing on the users' experience with our digital products we have come to believe that the experience is the most important goal of our design efforts. But for our clients, they care much more for the behaviour of the people in the system - the sales and abandonments, the referrals and repeat business, the loyalty and social contacts. Designing for behaviour - at the individual and aggregate levels - offers a very direct means of delivering on those goals.

The idea of designing for the experience of the user has become firmly embedded in our practice. In doing so many thousands of digital services have been improved. There is very real benefit to designing digital services with a clear vision for the user's experience - we better understand their context, their mindset, their goals and broader activity, and the things that cause them frustration and pleasure.

As a reaction against the Functional Requirements model of design that dominated the '80s and '90s, a shift to the experience of use offered a very superior approach.

For the organisation, the theory (and some good evidence) suggests that a better experience will lead to more of the desired behaviours. This indirect approach is well-meaning, but requires client organisations to not only buy into the value of an improved experience, but also the connection between experience and behaviour.

The reality for the designer is that in many cases they simply look to design for the behaviour of users, and take into account the experience as a secondary effect. Rather than focusing on emotional responses as the main objective, we can focus on the target behaviours and how to shape them.

This talk will outline the key inputs in a model of Behavioural Design and how those inputs help designers to directly target specific behaviours. It will look at the role of interaction design, behavioural psychology, systems thinking and other tools. And it will propose that a model of design with behaviour as its focus offers a coherent and complete approach to design in a way that is consistent with the goals of client organisations. 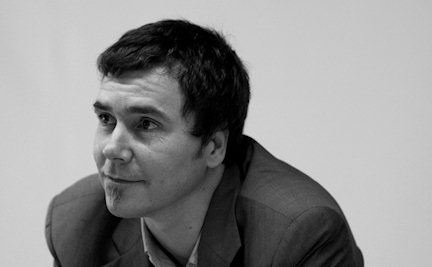 About Steve: I am a founder and principal of Meld Studios, a design studio based in Sydney, Australia, working with large Australian organisations. Our work sees us addressing complex challenges, deconstructing service systems and redesigning them to better the lives of the people involved - both in and outside the organisation.

I am the founder of UX Book Club - an initiative that has been run in over 100 cities around the world and involved thousands of people.

For the past 18 months I have served as the President of the IxDA, the global organisation engaging with over 50,000 design practitioners. Prior to that I was a Director for two and a half years and served as Vice President in 2010/11. In 2012 I acted as the Chair of Interaction 12 in Dublin - the first time the conference was held outside of North America.

I am the co-organizer of a series of design conferences in Australasia including both UX Australia and UX New Zealand. UX Australia was held recently with 500 attendees.

I am very interested in understanding how things work and the interrelationship between components of dynamic systems at the level of both individual and aggregate behaviours.

I like to fish, but don't get to very often.