The Magic game circle as a model to design behaviorchange

Confucius: "Tell me; I'll forget. Show me; I may remember. Involve me; I'll understand."Me: “Let's play and get engaged”

Who are most efficient and effective learners you can think off? Children are, they need to learn a lot to be able to live independently and cope with daily life, and they learn mainly by play. In play exploration, trial and error in a safe environment is vital to educate knowledge, skills and behaviour. Games are often being dismissed as “It’s just a game!” and not taken seriously as a strong tool to engage people and achieve more than “just” for fun only.

To know how a game is designed or game elements can be applied as a tool for behaviour change we need to investigate the context of a game:

“Summing up the formal characteristics of play we might call it a free activity standing quite consciously outside ‘ordinary’ life as being ‘not serious’, but at the same time absorbing the player intensely and utterly”. [Johan Huizinga: Homo Ludens 1938]

Based on the description of Johan Huizinga's 'state of play' a model is created; A magic game circle is defined by 1) player = the person interacting 2) play = interaction including the meaning the player gives/feels in the goal and rules 3 game = the definition of the rules and goals.

If we are able by using this MGC-model to design games in its wider context of games being played by different player-types within an even wider context of real life we might be able to provide games as a sustainable intrinsically motivational tool for people to become players to learn to cope with life.

Freedom, safety and trust are most important matters to take in account when designing games or attempt to facilitate a magic game circle for a user to get in a state of play. Does my player feel safe to play, is he/she able to play, does he/she understand the game, does he/she trust the rules or game, does he experience freedom to play?

If designed well games can be inviting and persuasive and even addictive. Game elements are like ingredients, there is an increasing amount of cooks, restaurants, kitchens, cookbooks, spices and flavours but no consensus is yet found what is play and how it is perceived. The magic game circle can help as a tool to discuss these elements and recipes in a constructive way. 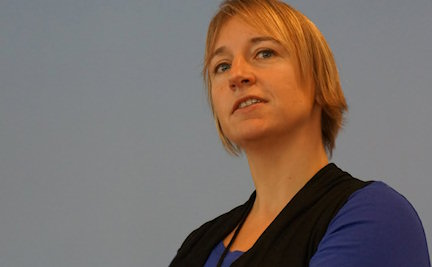 About Ellis: Ellis Bartholomeus started her career as a industrial designer at the Design Academy in Eindhoven. Via signage design, graphic, web and interaction design she became a game designer and created serious games for ten years with Laika.nl. Gaming appeared to be the ultimate medium for clients to get a message to their clients/users, for educational and health purposes, to help users/players develop knowledge, skills or attitude on different topics. In 2010 she became eager to get more indepth involved with the use of gaming as a medium and tool and not just for fun. Gaming has great potential in education, health and daily social life. As a member of the G-motiv team at the TU delft she was involved in research; how to change human behaviour using game elements. This year ellis is involved with The Dutch Creative Industries knowledge and innovation network Click|NL for building bridges between science and the game industry. As game researcher and game consultant she is full-time in Wonderland and learning about play and motivation.