Almost every application requires some gathering of personal data today. Where that data is stored, who has access to it, and what is done with that data later on is becoming increasingly important as more and more of our data lives online today. Privacy disasters are costly and can be devastating to a company. UX designers and developers need to have a framework for protecting user data, communicating it to users, and making sure that the entire process is smoothly handled.

This talk covers best practices for designing web and mobile apps with the privacy of individual users in mind. Privacy has been an even bigger issue with location-based apps, and we ran into it head-first when we began work on Geoloqi. Designing an interface that made one's personal empowering instead of creepy was our goal. The stories from our design desisions with Geoloqi will also be included in this talk. 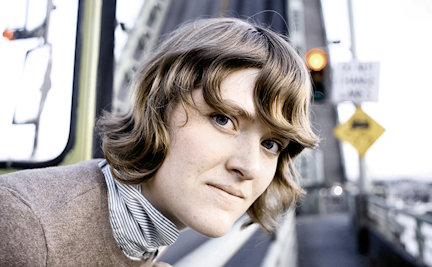 About Amber: Case co-founded Geoloqi, a mobile location platform in 2010. The company was acquired by global mapping company Esri in 2012. She is currently the Director of Esri's R&D Center in Portland, Oregon where she continues to work on location-based technologies. Case is an explorer of the growing relationship between humans and technology. She has been featured in Forbes, WIRED, and many other publications, both in the United States and around the world. She spoke at TED on technology and humans and was featured in Fast Company 2010 as one of the Most Influential Women in Technology. She founded CyborgCamp, an unconference on the future of humans and computers. In 2012 she was named one of National Geographic’s Emerging Explorers. She is @caseorganic on Twitter.