The Computer as Extended Phenotype

Why do we like what we like? Are computers an extension of our genes? Should we care?

The "phenotype" in genetics is any characteristic of an organism like form, development, behaviour, even products of behaviour like birds' nests. An unusual property of humans is language, where survival information can be passed by other means than genes.

This leads to ‘memes’, analogous to genes, as carriers of information. Memes have allowed humans to create buildings, cities, and fly like gods through the sky, though in cramped surroundings with terrible food. And to create computers.

So are computers part of our phenotype? Should we care? 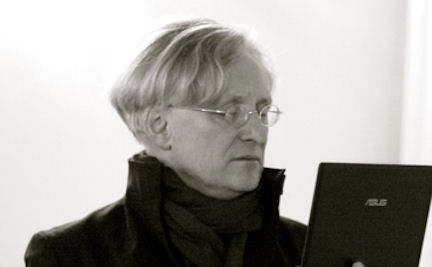 About Steven: Steven Pemberton is a senior researcher at CWI, the Dutch national research institute for mathematics and computer science in Amsterdam. His research focuses on the changes that need to be made to system architecture to make the resulting system more human-oriented.

In the late 80's he built a system with his group, Views, that would now be called a browser. It had extensible markup, stylesheets, vector graphics, client-side scripting, everything you would recognise as the web now (though it didn't run over TCP/IP).

In 1993 he wrote a white paper with Jakob Nielsen, and Scooter Morris for ACM/SIGCHI on visions for electronic publishing, where they recommended using the web.

In 1994 he organised two workshops at the first web conference at CERN (one on electronic publishing, one on client-side computation).

In 1995 he designed and built an early online journal, the SIGCHI Bulletin. He chaired the European World Wide Web Working Group W4G, and then got involved with the fledgling World Wide Web Consortium (W3C).

As a consequence he became involved with CSS and HTML, and now chaired the HTML for a decade, and still chairs the Forms working group. He is co-author of many W3C recommendations, including HTML4, CSS, XHTML, XForms, XML Events, and RDFa.

He has also been involved with HCI as the chair of CHI '97, a past editor of the SIGCHI Bulletin, and for ten years a member of the executive committee of SIGCHI. He was editor-in-chief of ACM/interactions for the best part of a decade.