A brainstorm that broadens the perspective on gamification and its possibilities.

During this two part session, Micah Hrehovcsik will first give a talk about gamification design, in which he explains the term and gives examples of best practices. We will show that current gamification is often limited to one game form (competition), while there are numerous other possibilities.

This presentation is followed by a brainstorm session and open discussions. Participants work with a case from the field of healthcare, government or education. They will get tips and inspiration on how to 'gamify' these problems in an original way. In the end participants present their ideas to the other groups. The take-away from this session is a broader perspective on gamification and its design. 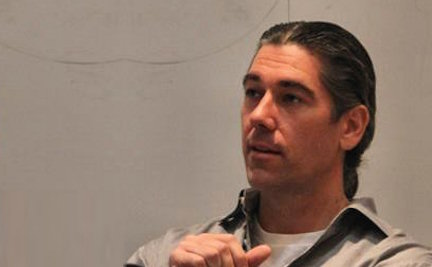 About Micah: Micah Hrehovcsik (1974) is a Senior Lecturer/Researcher at the HKU University of the Arts Utrecht. Previously he worked in the wireless entertainment industry where he worked on trademark titles such as Teenage Mutant Ninja Turtles.

Currently he functions as the Creative Director of the HKU’s Games & Interaction studiolab and has designed serious games for the domains of health, safety and education. His current game is being designed and developed for use in psychiatric healthcare environments.