Personal Data - The Exposed and the Hidden

Passionate about Personal Data? Come to the Orange workshop to co-create future data experiences from the private or public perspective.

Are you a personal data introvert or extrovert? Digital identity is the sum of all digitally available information about an individual. It is becoming increasingly complete and traceable, driven by the exponential growth of data capture and its association and aggregation with comparable data and big data capabilities. Views on digital identity often tend to take one of two extremes within what is becoming known as ‘The personal Information Economy’. The first is exposed data, where consumers are taking control of their data, self-quantify the minutiae of their lives, manage their reputations online and even monetize their personal information. This view optimizes the benefit of data share with consumers increasingly aware of how valuable their personal data is to brands.

The flipside is hidden data. Many consumers are concerned about the extent to which information is being collected, intercepted, heard or stolen while communicating or browsing. These concerns have been further amplified by news of the NSA gathering and tracking, and pushed ‘privacy’ into the limelight. This view optimizes the need for privacy and control with consumers requiring safeguards to keep their information & data usage private.

This workshop aims to investigate both sides of data usage in this co-creation workshop in a mini Make - a - thon mode. Teams will be tasked to create scenarios innovating on the aspects of data both exposed and hidden. Teams will present their ideas for discussion at the end of the session. 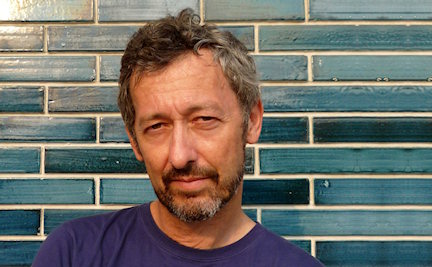 About Neil: Neil Churcher is a digital design strategist and interaction designer and is currently Head of Design at the Orange Design & User Experience team at Orange, based in London and Paris. Neil is responsible for the Orange design standard for digital products including the design of customization for Android, iOS and Windows. Neil develops the Orange Interaction Guidelines for digital and manages the group’s Design Governance for digital products and services.

Neil was educated in design at Westminster University and The Royal College of Art (RCA) in London. Previous to Orange, Neil has worked for British Telecom (BT) and helped found the unit that developed BT’s first digital products for the consumer business. Neil ran the London design agency Edwards Churcher for 7 years which developed the first color smart phone UI for Symbian and worked with other customers such as AOL, Reuters, FIFA and Cellnet . Neil has also worked in innovation and education, becoming the Academic Director of Interaction Design Institue Ivrea IDII for its final year in Milano, a school which specialized in interaction design innovation. Neil has won numerous design awards including a D&AD Yellow Pencil for Interactive Advertising. 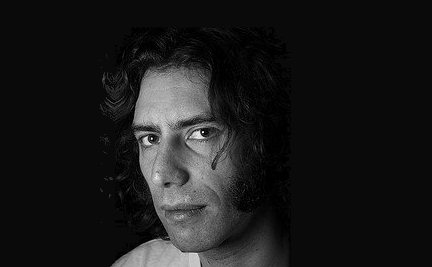 About Dominic: Dominic Pullen is a User Experience Manager in the Design & User Experience team at Orange, based in London and Paris, working in User Experience for over 14 years. Dominic’s early work was based around designing and making interactive objects that were playful yet showed a social concern graduating from the Grays School of Art (3D Design) in 1997. Dominic then worked with design consultancy Inflate conceptualizing and building innovative inflatable architectural structures. Dominic then joined the Computer Related Design (MA) course at the RCA graduating in 2000, developing interactive experiences that would involve emerging digital technologies and developed a passion for electronic tangible interfaces that utilized the under-used senses of taste & smell to enhance communication & social interaction.

Since then Dominic has worked for a number of telecoms companies, leading key UX related projects championing User Centered Design processes including Nortel Networks, 3, Vodafone and Orange. Dominic is delighted to have had the opportunity to work on creating innovative pleasurable interfaces including Multi-Modal, Haptic, and 3D Stereoscopic.