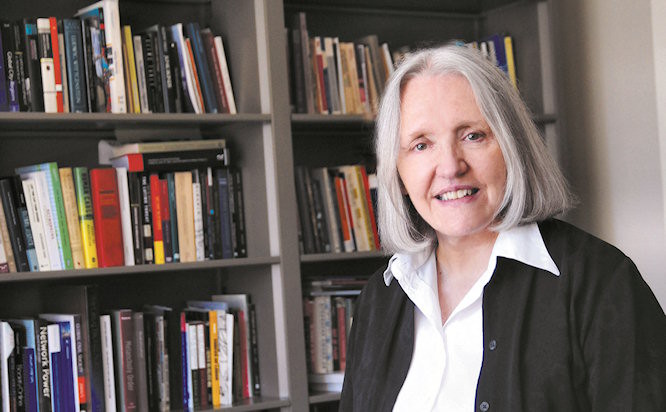 The closing keynote of Interaction14 is titled ‘Interacting in the Global City‘. We asked Saskia Sassen three questions.

You will be speaking to an interaction design conference. So how would you introduce yourself to this community?

The eye of the observer, rather than the designer. From a distance, a robust distance, people interacting in urban space look comic — they bump into each other, step on a person’s foot, and nobody takes it personally. They keep on walking or talking as if nothing had happened. Try that in the — usually not so crowded — streets of the neighborhoods, and you have a fight. Add the variety of ways in which people adorn themselves. I love all of this in the global city’s street scene. How do comics writers and designers engage this — if they do at all? I think of this as Open-Sourcing the Neighborhood.

What is the main topic, issue or challenge you have been working on recently?

Something not very comic… my new book ‘Expulsions‘. On how complex forms of knowledge we admire (advanced technologies, complex engineering) in today’s world so often wind up generating simple brutalities. Not even grand brutalities like building a huge water dam.
Further, I ruminate about how a comic strip could capture every week one bit of this connection between complexity and elementary brutality.

Can you share with us something about what your keynote will address?

The many different ways in which public urban space is constituted in today’s global cities. The diverse types of knowledge that neighborhood residents have about the city: the children know the city at ground level, the homeless know about the night fauna of the city…