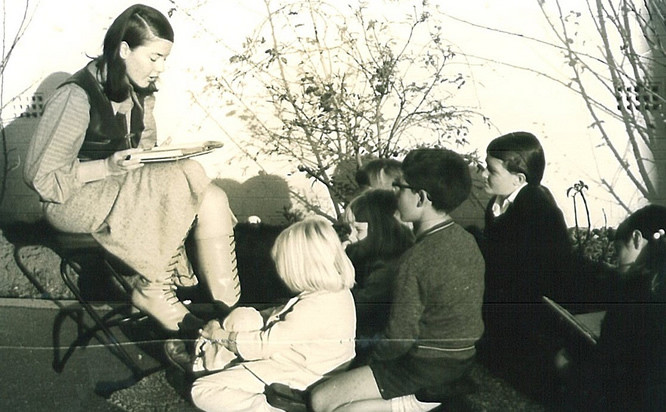 Storytelling can connect you emotionally with a product or idea. How can you use storytelling to improve your work as an interaction designer?

Interaction14 features several talks on storytelling. Here’s some background on the presenters.

The power of storytelling

Jeroen van Geel doesn’t need much introduction. If you didn’t see him at Interaction12 or Interaction13 [video], most of you have definitely explored Johnny Holland, the great site on interaction design and user experience that Jeroen created and edited.

Jeroen, who has probably the best smile in the interaction design community, is fascinated by storytelling. Both in designing projects as in talking or selling your work. The latter is the topic of his 2014 talk).

To understand Jeroen’s fascination with storytelling, we share videos of two recent talks:

Easing the understanding of sustainability through visual stories

In her talk The Visual [Emotional] Vocabulary of Sustainability, Arlene Brit deals with structuring messages to help audiences connect with sustainability.

Since Arlene Brit is very much a visual storyteller – centered on the topic of sustainability – we can only invite you to explore her website Background Stories, to see some of her work.
Check out the videos for Bicycling Counts, Construction fencing, Behind-The-Scenes Periscope, or the TraceProduct.Info prototype.

The topic of the Saturday afternoon jam session is storytelling, articulated in a variety of ways.

Damjan Obal is a start-up entrepreneur from Slovenia. In his talk he retraces the steps that led him to create, EdgarTells.me, which allows people who may not be great writers to create and share engaging stories on a simple platform. In the process he became also a better listener, and that is what his talk is really about.

We warmed up to Stephanie Aaron immediately after checking her website’s bio page, which ends dryly with the hilarious “Click here to check her earliest known work”, where you discover her drawings of when she was a toddler.

Her talk is officially about communications but we have a slight suspicion it is also about the transformative power of humor in effective communications. Check her “Hi, my name is Stephanie Aaron and I am here to put you in the hospital” talk at Open IxD. Her humor is never trivial. It usually opens up a way to communicate deep meaning.

Gaurav Patekar talks about the devices of tomorrow. He is particularly interested in “designing a new generation of devices that won’t be just smart, intelligent and networked but will have a personality and will be anthropomorphicin their interactions, appearance and function”.